These daily readings are adapted from The Book of Common Prayer, Daily Readings for Lent Year One.

“Out of the mouths of infants and nursing babies you have prepared praise for yourself” (Matthew 21:16 referring to Psalm 8:1,2)

Wouldn’t it be nice for the formula of life to be straightforward?  Good choices always lead to good outcomes. Bad choices lead to bad results. But it’s complicated. That’s what I think of Palm Sunday.

I wanted to tell the Palm Sunday story to the 3’s and 4’s at mid-week chapel time, so I blew up a bunch of balloons and spread them all over the base of the chancel steps before they arrived. “Play!” I said to them. Really? their looks said to me. “Play!” I repeated. And they did, having a grand time tossing and batting balloons, and some popped in their enthusiasm. They squealed in delight and laughed at one another. It was fun. I sighed watching them, because I felt like I was setting them up. I guess I was.

“Now,” I said, “Put the balloons on the floor and take a seat on the steps.”  They did, but kept eyeing the balloons.

I told them the story of Palm Sunday and of the parade. Jesus’s disciples found the colt of a donkey and Jesus rode it into the city of Jerusalem. Seeing Him, all the children and parents shouted with delight, “Hosanna! Blessed is He who comes in the name of the Lord!  Hosanna!” Their enthusiasm was infectious. “Hosanna!” I said to the children, “means Save Us!”. “Hosanna!” shouted the 3s and 4s dying to pick up the balloons and throw them around again. At the same time, I went on, “The leaders of the temple church were whispering about Jesus and planning how to get rid of him.” (It’s difficult to tell complicated stories to children.)  I said, “So the parade was over and our balloon party is over. We have to put the balloons away. Please come get your balloon and put it in this box.” “But why?” they asked.  “But why?”

It was heart breaking not to give the whole answer, but that’s the feeling of Palm Sunday. Slowly the children got up and starting gathering balloons and began dropping them into the box. Some didn’t want to give up their balloons. Some balloons didn’t want to stay in the box. Such is the nature of our Hallelujahs and Hosannas. “Why is the party over? Why didn’t they like Jesus?” The children’s energy was slow. Sad. But they collected them all, even the bits of burst balloons. And I closed the box. We were quiet.

“We’ll find out,” I answered. “Next week, I’ll tell you about Easter. I promise.” and they left the sanctuary whispering quietly. I felt guilty, like I should have resolved it for them.  “I didn’t know,” a teacher whispered to me, “about the Hosannas.”

Leonard Cohen wrote Hallelujah in the early 80’s, but it was glossed over because of 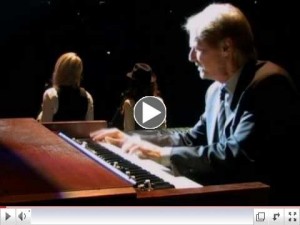 many other musical hits during that period. Other artists would latch onto it later and revise the lyrics and twist the meaning, but Cohen’s original words were a humbling yet grateful telling of the soul’s rising and falling before God: gritty, struggling and yet laced with Hallelujah.

Palm Sunday leaves a tension in our lives. Between the Hosannas and the Hallelujahs there is the cross.  We have to sit with that a while.